How soon can Austin kick the carbon habit? This year Austin Energy (AE) and engaged citizens’ groups again meet to plan Austin’s energy future. How can we move forward on climate goals and keep rates affordable at the same time? How can we eliminate carbon from our electricity?

Nine scenarios are being modeled for Austin’s future energy supply. AE currently projects being 85% carbon free by 2023 when our portion of the coal plant shuts down. With the South Texas Nuclear Project (STP) contributing 23% of our annual electric energy – providing the other 77% with a balance of with wind and solar will reach our goal of being 100% carbon free. Though controversial for other reasons, the nuclear plant is a component of eliminating carbon from our electric supply while providing baseload energy.

The Austin Energy Working Group has been meeting since September 2019. These scenarios give a range of likely future costs to be presented at the January 30th meeting. From there we will meet further during February to make recommendations to City Council on the best way forward to get to zero carbon.

You can get involved and learn about the meetings and reports of the Working Group. Plan to attend if you are interested:  https://austinenergy.com/ae/about/reports-and-data-library/generation-resource-planning-update/euc-resource-planning-working-group

Austin City Council has declared a climate emergency and tasked all areas of the city to respond. Kicking carbon out of electric generation is a big part of reaching those goals.

Let’s take a quick look at the above scenarios and what they mean.

The results from the scenarios will show their relative costs. The good environmental news is that the costs of wind, solar and batteries have plummeted while fossil fuel costs are expected to continue to rise. The prices that AE is getting for renewable energy projects now are well below our best estimates six years ago when Austin City Council passed a resolution of zero carbon electric generation by 2030. Wind and solar are now the least expensive forms of power generation. Managing their intermittency through geographic distribution, extra capacity, economic hedging and short-term market purchases is the science and fine art of making a very high level of renewable energy affordable and reliable.

Austin Energy is already in the process of closing Decker’s obsolete steam generators by 2021.

Austin is committed to close our 1/3 portion of the Fayette coal plant by 2022. (Convincing LCRA to close their 2/3 of this toxic plant is another story.) 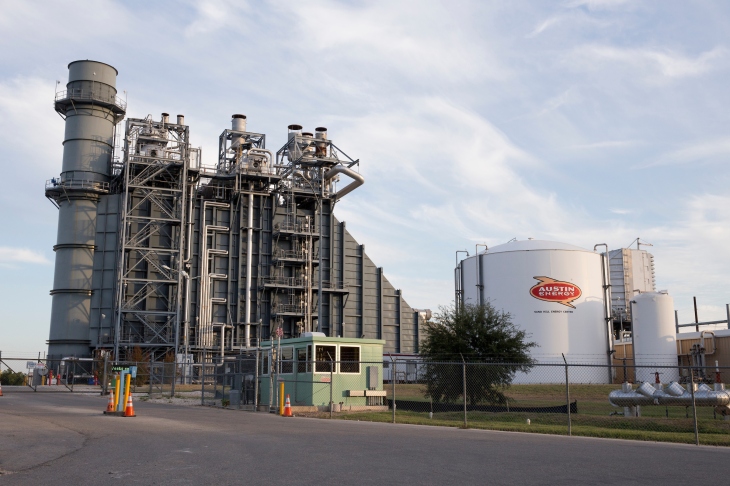 Sand Hill 300 MW combined cycle gas plant runs over half the time and will be our largest carbon emitter after Fayette and Decker plants close.

What is the soonest we can get off carbon?

AE claims to not have enough incoming transmission lines to do it by 2025. Their back of the envelope calculation is:

Transmission capacity to import power from around the state is about 2100 MW.

That leaves the locally generated power from Sand Hill and the peakers critical to meet the peak loads. Until that transmission capacity can be increased, we have a bottleneck.

Of course, the very next question is how, how soon and at what cost that can be solved?

It’s not a simple answer like one new wire from ‘there’ to ‘here’. AE is embarking on a new study of transmission that will deal with that issue along with ongoing operational concerns. They project it will take 15 months and lots of $$$.

It is incumbent on us to make sure that solving these transmission constraints to achieve zero carbon as soon as possible is one clear policy objective of the study.

You’ll most likely find me doing outdoor and environmental photography with a passion - somewhere in Texas or beyond. Since moving to Austin, my work has been published in many national and regional publications, including - in Texas - Texas Highways and Texas Parks and Wildlife Magazine. I published a photo book on the Connecticut River with Wesleyan University Press and have continued to support conservation efforts with the Connecticut River. My work takes many forms now including writing, photography, video and editing as I work on energy and environmental issues of consequence in Texas. View all posts by Al Braden Photo